Snapshot of 2017 Winterset in Summer Festival

“The River of My Dreams: A Portrait of Gordon Pinsent”

This film presentation is a pre-opening special event.

This event is hosted by  Ramona Dearing as she talks to award-winning Canadian authors Anakana Schofield, Esi Edugyan and Elisabeth de Mariaffi about their influences and writing habits, the impact of being nominated for and winning awards and the pressures of writing in the spotlight.

“Book Launch – “Towards an Encyclopedia of Local Knowledge”

Pam Hall will launch her new book Towards an Encyclopedia of Local Knowledge, published by Breakwater Books 2017.

Science Fiction authors Kenneth Tam, Janet McNaughton and Susan MacDonald chat with host Mack Furlong about their writing lives, their inspiration and their love for the written word.

Hosted by Catherine Hogan Safer this session will feature colouring book artists Jennifer Morgan, Dawn Baker and Kathy Sweetapple. The venue for this hands on session is the Society of United Fishermen Hall, Eastport

Jamie Fitzpatrick will host this informal session with two emerging song writers, Nick Earle and Joseph Coffin, focusing on the challenges of breaking into the arts scene in Newfoundland and Labrador.

Botanist and author Todd Boland will lead a lively and spirited walk through a local trail in Sandy Cove. Botanist and author Todd Boland will lead a lively and spirited walk through a local trail in Sandy Cove.

A panel of local experts will look at the life of Joseph Smallwood: Bert Riggs will present a 15 minute talk about Smallwood the writer, followed by a discussion on Smallwood the propagandist and politician featuring Bill Rowe and Ron Crocker. This session is hosted by Anne Budgell.

Host: Patricia Parsons and the Board of Directors The Royal Canadian Legion will be hosting its famous fish supper. Two sittings: 5 p.m. and 6:30 p.m.This is an independent event.

Performing regularly to sold-out audiences, Lady Cove has garnered a national and international reputation for excellence, not only for its high level of performance but also for its innovation and creativity. The concert will include the premiere of a commissioned Beothuk-themed composition by St. John’s native Kathleen Allan (composer, conductor, soprano), inspired by Bernice Morgan’s Cloud of Bone.

The venue for this concert is Holy Cross Church, Eastport. This wooden church with its high vaulted ceilings and wonderful acoustics is the perfect location to enjoy this very special concert.

Local writer Elisabeth de Mariaffi will read from her first thriller, The Devil You Know. Catherine Hogan Safer will join her reading from her collection of short stories, Wild Pieces. This session is facilitated by Eleanor Dawson.

Join storytellers Paul Dean, Mary Fearon, Dave Paddon and host Chris Brookes as they delight us by putting their observations and experiences into story form; reminiscing about days gone by or just telling a funny tale.

2017 – Government of Newfoundland and Labrador

Janet McNaughton’s twelve books for young readers include historical fiction, science fiction, fantasy and picture books. Most recently, she co-authored a picture book with the NunatuKavut Community Council of Labrador to commemorate the 250th anniversary of the treaty of friendship signed by the Southern Labrador Inuit and the British government in 1765. She lives in St. John’s.

Snapshot of 2017 Winterset in Summer Festival

“The River of My Dreams: A Portrait of Gordon Pinsent” This film presentation is a pre-opening special event.  “Canadiana Voices”  This event is hosted by 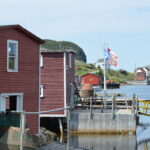 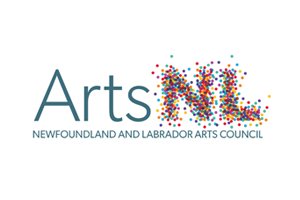