Snapshot of 2015 Winterset in Summer Festival

Once again Winterset will kick off the Festival weekend in a fine Newfoundland style with musicians Brianna Gosse, Emma Peckford and Steve Maloney joining host Jamie Fitzpatrick, in a celebration of singing and song writing.

nique documentarian and dancer Louise Moyes will perform compelling interpretations of short stories by Mavis Gallant and Lisa Moore, accompanied by music composed by Duane Andrews. The “Docudance” performance is followed by a discussion with Louise Moyes, Lisa Moore and Carol Bishop Gwyn.

the challenges of getting from the page to the publisher with host Bert Riggs.

Noted columnists Rick Salutin and Bob Wakeham, actress/writer Mary Walsh, and Ron Crocker will take a look back at the wonderful,controversial humour and satire of Ray Guy’s writing, in discussion with host Noreen Golfman.

Join the 2014 BMO Winterset Award finalists Megan Gail Coles, Michael Crummey and Alan Doyle as they read from their respective works, enjoy conversation with each other, and with host Michael Enright and the audience. Alan Doyle will be on a concert tour but will be providing a pre-recorded reading and plans to join the discussion via Skype.

The Royal Canadian Legion will be hosting its famous fish supper. Two sittings: 5 p.m. and 6:30 p.m.This is an independent event.

Joan Clark and Rick Salutin will introduce their “hot off the press” books at the Beaches Arts & Heritage Centre.

Producer Barb Doran and Winterset in Summer are pleased to sponsor a showing of The Grand Seduction at the Beaches Arts and Heritage Centre on Sunday, August 9th at 8 p.m.. This showing is being held as a gift to the Centre.

2015 – Government of Newfoundland and Labrador

Producer Barb Doran and Winterset in Summer are pleased to sponsor a showing of The Grand Seduction at the Beaches Arts and Heritage Centre on Sunday, August 9th at 8 p.m.. This showing is being held as a gift to the Centre. Admission is by a minimum donation of $7.00 per person and will be collected at the door.

Emerging writers are invited to take part in an intense, inspirational learning opportunity. Winterset in Summer Literary Festival, in partnership with the Writers’ Alliance of Newfoundland and Labrador (WANL), invites applications from individuals interested in participating in a full-day Emerging Writers’ Workshop on August 6, 2015 in Eastport.

Award-winning authors Richard Gwyn and Cassie Stocks will explore character development and the art of merging passion, inspiration, practicality and perseverance in your writing.

The workshop, supported through Winterset’s Outreach program, will be free of charge for those selected to take part; travel and accommodation are the responsibility of participants.

A $50 travel/accommodation subsidy will be available from WANL upon request for Newfoundland & Labrador resident writers.

Winterset in Summer and Terra Nova National Park will again partner to provide a writer in residence at the Park’s Activity Centre from August 3rd to August 6th inclusive. This year’s writer in residence is Canadian best seller Sheree Fitch. Welcome, Sheree!

Sheree Fitch is an educator, literacy activist and author of award winning poetry, picture books, nonfiction, plays and novels for all ages. Her first book, Toes in My Nose, illustrated by Molly Lamb Bobak, was launched in 1987. The books that followed have garnered numerous awards, including The Mr. Christie Award for There Were Monkeys in My Kitchen and the Anne Connor Brimer Award for Mable Murple.If You Could Wear my Sneakers, a book on Children’s Rights commissioned by UNICEF won both the Ontario Silver Birch Award and Atlantic Hackmatack award. In 1998 she won the prestigious Vicky Metcalf award for a body of work inspirational to Canadian Children. She has been goodwill ambassador for UNICEF since 1994 and her lip slippery adventures have taken her to remote parts of the globe. Her work as a poet and literacy educator has taken her to the Arctic as eight-time poet laureate for Peter Gzowski’s fundraisers for literacy and to Bhutan where she taught writing and participated in that country’s first national reading week. Author readings have taken her to Uganda, Tanzania, Kenya, Belize and Mexico. Currently, she is Honorary Spokesperson for the New Brunswick Coalition for Literacy. The coalition recently initiated the Sheree Fitch Adult Learner Scholarships. She is also Honorary Spokesperson for the Nova Scotia Read to Me Program. This program provides literacy information to new parents and books for newborns. Each year she sponsors a writing competition for New Brunswick Youth. Her latest venture in literacy education includes completing a three year (summer) writer in residency for Somebody’s Daughter – out on the tundra in Nunavut. This is an innovative program for Inuit women started by Bernadette Dean, Sheree’s friend and former student from a writing workshop Fitch held during one of her sojourns to the north. In the fall of 2004, Gooselane Editions released an expanded anniversary edition of her adult book of poetry In This House Are Many Women and Orca published Pocket Rocks, illustrated by Helen Flook. In May 2005, Fitch’s first novel (ages ten and up), The Gravesavers, was published by Doubleday Canada Random House. A coming of age story blended with a historical event – the wreck of S.S. Atlantic in 1873 – Fitch considers the novel “a kind of love letter” to her Maritime home and a celebration of her roots. Her latest books include If I Had A Million Onions, a collection of nonsense for all ages and Peek a Little Boo, a book for babies

Snapshot of 2015 Winterset in Summer Festival

“Lyrical Voices” Once again Winterset will kick off the Festival weekend in a fine Newfoundland style with musicians Brianna Gosse, Emma Peckford and Steve Maloney 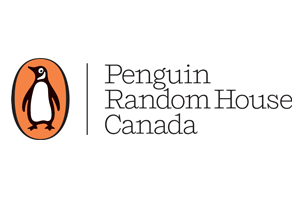